Hello Dominique, I am writing to you after your visit not to testify but simply to thank you. Six months ago, you came to us following a recommendation. Our beautiful house we had built in a quiet area had everything to be a house of happiness. It was the opposite. Three months after moving in, started the beginning of a long list of more serious events than each other: infidelities, inconsistent behaviors, diagnosis of a serious neurodegenerative disease, severe allergies, financial problems, very poor sleep and the general impression of not being able to chill out in this place. You were our last resort, we were ready to sell. Your remote diagnosis, established following the sending of samples, revealed alarming levels of energy pollution and we decided, despite our Cartesianism, to ask you to intervene more than 800 km from your home. 25 copper rods and 6 months later, here is the result of your intervention. Our family is radiant and soothed. We sleep serenely and our 9 year old son stopped waking up two to three times a night, too. Inconsistent behaviors disappeared as well as financial problems (we even received unexpected tax refunds). The house is "bright" and several...

I wish to share my story and my experience following the event and the intervention of Dominique Mounié. We lived in the mountains and had 120 rather rustic goats. After our move and the arrival of the goats on this new place, it was really awfull, the goats fought, and died consequently from their wounds in the goat shed. They were excited and very nervous. We noticed that the whole family was in bad shape, joint problems, tiredness etc ... The diagnosis of Dominique Mounié shown that it was important to quickly do something for the farm land . So he went and did his job, it was a real relief for everyone and especially for our herd. a couple of days after the goats became calm, soothed, relieved and finally they rested. The whole farm was transformed. I think that without the intervention of Dominique Mounié we would have lost all our goats. Thank you a thousand times and I will be forever grateful. 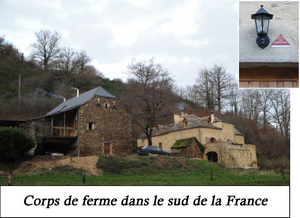 « It is undeniable that Mr Mounié's intervention on my house completely changed my life in many ways. I always felt that there was a problem with this house. I felt like my energy was "drained." Whatever I did in my professional, personal or love life went wrong after a few months and for no apparent reason. Even my health was affected (no less than 6 surgeries in 11 years). As I couldn't move house, I used the services of several geobiologists, applied the Feng Shui rules, etc. But nothing worked. Then Mr Mounié came and only a few days after his intervention I felt peaceful again at home. My social circle has expanded; my friends are coming to my house now and told me that they are feeling good in it. The house is a meeting place now where conferences and training courses are organized. I handle multiple concurrent professional activities and no longer encounter barriers. The things are easier, less laborious than before, I even have the sensation that things, people and events arrive at the right time. 8 months after the geopractie intervention, I am still surprised to finally live "normally" and have the fortune to my side....

« I the undersigned, Sylvie Claude Sunberg, co-president of the association La Sauce Baluet, certify that I used the services of Dominique Mounié in January 2008 in order to solve problems among the population of the hamlet. Indeed, for some time, increasingly violent conflicts were left without solutions, inhabitants suffered physical injuries (fractures, sprains, burns), we suffered a fire which could have been the end of the project and we were stuck in our efforts because of a general slump and malaise. After several interventions on buildings in the hamlet, I could only note the significant improvement of the atmosphere and the inhabitants' general spirit, and the cessation of material and physical damages. » I warmly recommend Mr Mounié's services and I declare myself ready to call him if any situation or site requires his intervention. I am quite willing to testify, in any way, to the benefits of this intervention. For all intents and purposes, in Le Mas d'Azil, on 2008, September the 15th. »   You also want to witness the benefits of geopractie ? Thank you for sharing your experience via the contact page

« First, I want you to know that, since your intervention in my restaurant in June 2007, and with the appropriate perspective, the tensions among the staff are over and the turnover has increased significantly (+15-20 %) since the end of 2007 in a sustainable way. Otherwise, I am writing to ask you if a second intervention could be helpful as the kitchen team was entirely renewed during the last 3 months. Waiting for your response, kindly, J. Célarier. » You also want to witness the benefits of geopractie ? Thank you for sharing your experience via the contact page 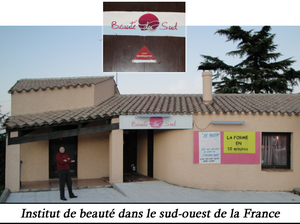 « Before : on February 1990, my first night in my brand-new house was horrible: at 1 o'clock in the morning I would have anxiety, nightmares (lights that were paralyzing me), and this happened for 13 years, always at the same time. I was very tired at work. My dog, who was adorable in my former flat, went mad when he was alone in the house: each room was ransacked, the curtains ripped, the shower hose torn off, the doors scratched. We had to part with him and give the dog to my parents where he was run over. After : no more nightmares. My daughter's dog can be left alone in the house. I am often away from home and I found in my mailbox letters asking if the house was for sale... »   You also want to witness the benefits of geopractie ? Thank you for sharing your experience via the contact page